ECN Forum
Do any of you use temporary help from agencies when you run short of employees and need "electricians"? 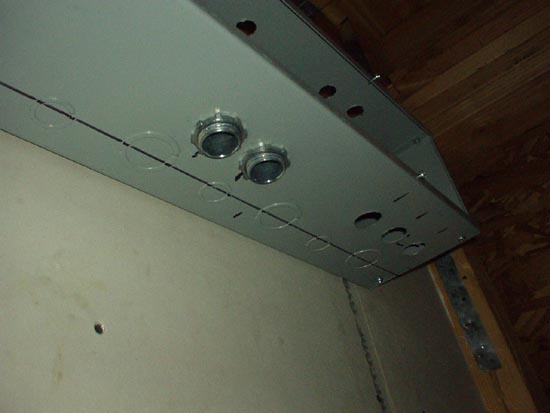 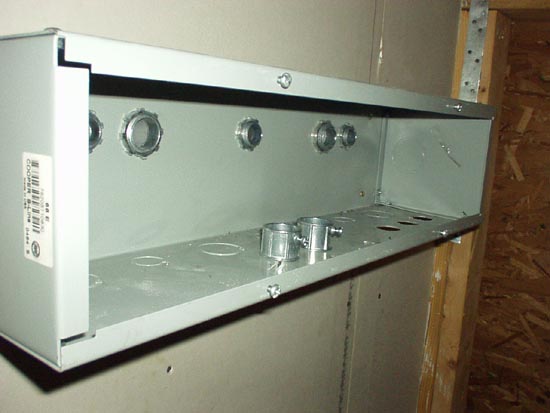 It doesn't always work too well for us.

...S
I use to work for a company that did a lot of industral work in Cranbury, NJ and they used temps that would come by the dozen. The owner would get 10 to 20 guys send all back home but 1 or 2 that were even somewhat educated. And all that would be in the first few hours.

I hope you didnt pay for a "journeyman"!

-Randy
Well, as long as the conduit and other conductors doesn't exceed the maximum fill ratio...

I've worked for some temp. to hire places before and usually they look for people who have *some* experience before they just send them out to the job. No wonder you guys weed them out so fast.

I knew better than that before I ever started in this trade. That is horrible, but what do you expect from people who probably only get $6/hr or so.
I would be find it extremely difficult not to invoice the temp agency for three times what they tried to charge for mop-up after their “electricians”.
Look on the bright side... at least those set-screw connectors are UL listed!

We have gotten a couple of guys that were pretty good from agencies, even hired some full time.
When I saw this though, I just couldn't resist.

these connectors were in tight.
And once the cover is on, nobody will be able to tamper with those set-screws, right?

You'd have thought that the row of connectors fitted along the back of this raceway might have given a slight clue as to the correct procedure.
Scott,
I know what you mean there!.
We employed a temp "Electrician" at work here a couple of years back and the guy was an expert in installing PVC conduit, as crooked as I've never seen since.
Not only did he bend it crookedly, he saddled it that way too.
It was depressing to see such a good job turn bad!.

Ya just wouldn't credit it huh!

I've never used anyone to 'help' that I didn't already know...and now I see why!

Used to work for a small company that hired guys from a labor company when we needed extra people.

Those guys would do strange stuff.

One time the boss told me to have them put in the 2X4 troffer lights on a saturday. They tried to put them in upside down. As in the light bulbs would be lighting up above the drop ceiling.

I ended up having the labors just carry the lights and have the apprentince install them.
I really appreciate threads like this.

I like to work alone with a little occasional help from whoever is around (for things like difficult wire pulls).

Dave
I have used those temps and have usually had good luck with them. Some do not last very long but most are alright. I have kept a few of thier phone numbers to call if they are availble. You just have to make sure the temp agency is not trying to blow smoke. I tell the temp agency that if they send me a so called journey man who cannot do a journeymans work, I will not pay for him. Most of those types will show you what they can do in about an hour. If they cannot do the work or do not want to work, just send them back.
90% of the ones sent back were never journeymen and the agency was trying to get journeymans pay for 1st or 2nd year apprentices or in one case a green as grass 17year old.
First of all, I spent years working as a "temp." I put myself through the apprenticeship, bought my tools, etc. When I made the jump from "temp" to working for an electrical contractor, I was harassed by other temps- until the contractor stood up for me, and my desire to do something with my life!

That said, as an electrical contractor I am damn choosey as to who I will consider, and for which tasks. Temps are great with shovels, and helpful for pulling wires. For almost anything else, I want someone who cares, has some background, and some committment to his future.
I will admit that unions are quite valuable in controlling the use of casual, untrained, unqualified persons on the larger jobs.
I had one general contractor send me someone to help me troubleshoot- someone who spoke no english! The general thought it perfectly reasonable for me to work with someone who was likely to confuse "open the switch"(turn it 'off") with "open the light" (turn it 'on').

Working as a temp, you quickly find that many of your "employers" are cheap bastards who cut corners, expect you to subsidize them, and consider you disposable. After one guy got hurt- and the OSHA guy noticed the blood still on the floor- we were told to not bleed on the floor! (He was serious, and I'm not making this up!)

The use of temps, like the lack of trash cans or toilets, is a real indication that maybe the contractor doesn't know how to run his business.

Electrical work, perhaps more than any other trade, requires constant judgement calls- something you're not going to get from some guy you found along the roadside!
© ECN Electrical Forums