Quote
If you have a 4000A pringle switch trip, make sure you take a look before you try to close it. Here is what I know...

480V 4000A AL Duct in a 14 story building in Arlington, VA. Pringle switch tripped and was reset and a fireball consumed a good portion of the 14th floor. Every 90 blew out (holes large enough to stick an arm much bigger than mine through) from the 14th to the sub-basement parking garage where the service is located. The true cause of this failure is known by few people, and I am not one of them. Just a reminder of the forces that we deal with. This happened over the 4th of July, so thankfully no one was injured. This could have been a lethal disaster. It wasn't.... 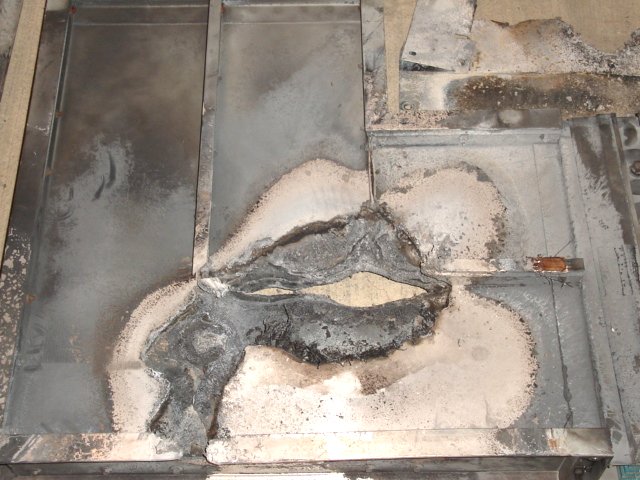 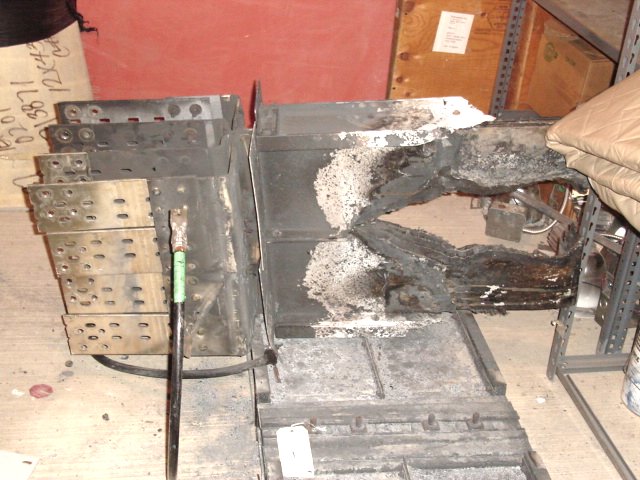 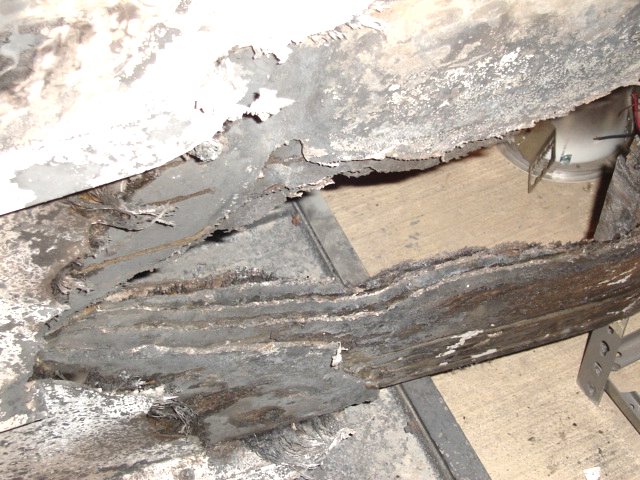 What is a "Pringle switch"? BTW, How long did they take to restore power?
Posted By: RODALCO

LV faults near high capacity transformers 1 or 2 MVA or bigger have enormous amounts of power and destructive capacity as seen in these photo's.

Someone would have been very shaken and needed to change some un%$^s when closing that switch.
Posted By: ghost307

A "Pringle Switch" is a generic term used in reference to 100% rated Bolted Pressure Switches. The most common manufacturer used to the the Pringle Electric Co.

Only one comment,
Glad no one got hurt and WOW
Posted By: mamills

What did the pringle switch look like after this "event"? I know virtually nothing about this type of switchgear. Is PPE required for someone operating this equipment (or at least a real good idea)?

The plant has several Pingle switches.Most of them were installed mid 70s to late 80s. We have then on a RM program and we clean and lubricate the blades of the switches. We found that if you dont RM they may not open porperly. Ours are fused switches not electricaly operated . Pringles switches are bolted pressure contact switches and when the knives contact the stationary contacts they actualy have a cam on each knife that generates additional force to help ensure greater contact pressure.
To those who have not seen a Pringle switch they look like a custom made device not something mass produced a lot of pride goes into them.
Posted By: mxslick

What was the cause of this failure, or are you not at liberty to say?

"Violent" is too small a term for this one.....
Posted By: TwinCitySparky

Quote
480V 4000A AL Duct in a 14 story building in Arlington, VA. Pringle switch tripped and was reset and a fireball consumed a good portion of the 14th floor.


I'd venture to say they had two major failures. I think the first more obvious than the second...
Posted By: George Corron

I once had to help the Fire Dept remove 2 bodies of my friends so I could piece together the Pringle and restore power. If you have Pringle switches please treat them carefully. BTW VAelec this was about 20-25 years ago on K street in DC, can't be too far from your "ooops".

I notice this was AL duct?

I've had to repair way too many buss duct messes in my years, and as often as not, it was a factory connection, not a field joint.

Nowadays it only gets designed in IF there is NO other way, and there usually is.

Glad to hear there were no personnel injuries.
Posted By: VAElec

I have tried to find a few more answers to how this happened but have not found much. I did hear that the tap section at the top of the riser had some "field engineering" modifications. I don't know exactly what was modified but I would assume it didn't help.

George, oddly enough this seems to be the opposite of what you have seen, it was field modification that seems to have failed. Now I don't want to say that it was the actual modification that was the cause of this failure, especially because numerous factory 90's blew out, but the field mod did not stand up to the fault. And yes to a few things you asked. This is an aluminum bus and also pretty close to K street. The building is on N. Fairfax Dr. in Ballston.

mxslick, I truly do not know the cause of the fault. I do know that the final line in protection for the building opened and it was closed without troubleshooting the fault. What has been said is that water caused the fault but I don't know. Seems like a huge fault to blame on water alone.

Quote
...the final line in protection for the building opened and it was closed without troubleshooting the fault.
That sounds like pure genuis right there.

That hasn't been happy at all.
One thing that never fails to amaze me, is the huge electro-mechanical forces involved with any fault in large current installations.
I've seen busbars that you would think were pretty solid, twisted like they were tin foil.
© 2020 ECN Electrical Forums