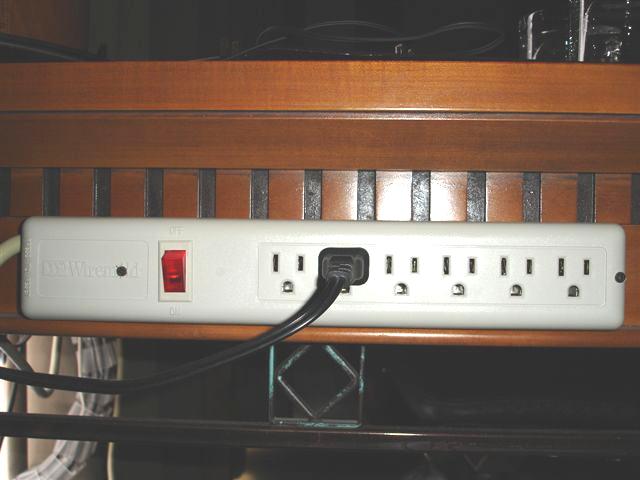 Aren't the screw mounting holes usually on the back of these?
good aim or jussst Lucky ???
I'd guess the installer looked at the existing mounting holes on the back, saw that they were clear all the way through, and drilled them from the back.

If that's the case, then is this unsafe?

At least they're not drywall screws.
This install illustrates one of the disagreements I have with UL.

When UK decided to list these things, they decided to require them to have poor or non-existant means for mounting. Why? Because, in UL's view, if you could firmly mount them, that made them 'permanent,' rather than 'temporary.' I guess they were worried about someone putting too many receptacles on a circuit.

Of course, the result of this is that we see all sorts of things done to secure them in place. As for me, I'd rather products and standards were written with an eye toward serving the customer- rather than trying to force him to conform to the standards!
I've seen people use sheetrock screws thru the ground pin holes to mount these plastic outlet strips. "How can it not be safe? It's the safety ground, isn't it." :-)
© ECN Electrical Forums