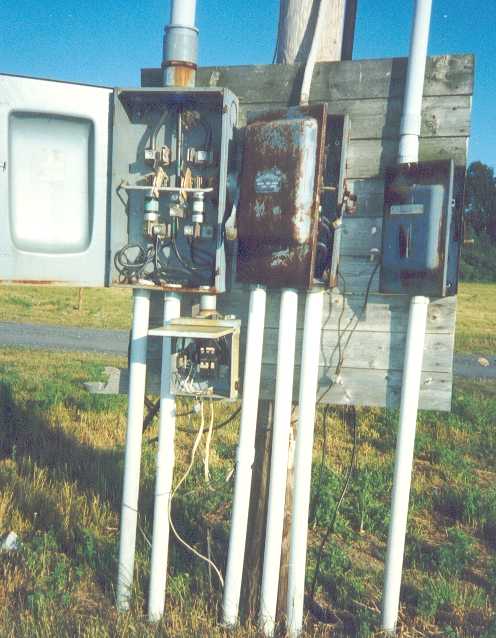 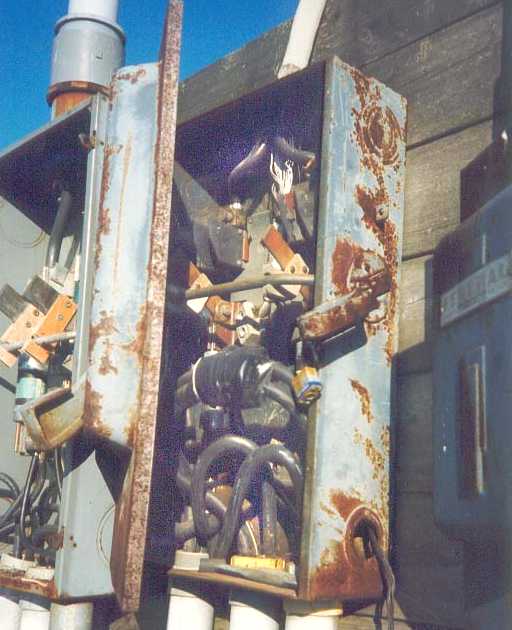 Quote
A local campground wanted to put on a " rock concert ", they asked if they had enough power. After I saw this existing service, I said having enough power is the least of your worries. It violates many Code rules, and basic common sense.

Of particular interest is the disconnect in the middle, the door is as open as it can get. This "Service " was situated in the middle of the proposed parking lot for the event. In the close-up of the disconnect notice the spare "homemade fuse" in the bottom of the switch.

Needless to say, a completely new( 400 Amp.) service was installed, one that was enclosed in a "Pre-built Shed" that afforded protection from the public, and under the control of the owners. It was a challenge to clean up the many other violations at this site, you can imagine what else we found at the load side of these feeders.

Do you have an "after pic?"
Posted By: circuit man

boy you talk about dangerous.:eek i bet it was a challenge.lets see some after pictures, betta it looks grrrreat!
Posted By: mamills

I agree. We see so many photos of bad or deteriorated services. Some pix of a new, properly designed and installed service would be a pleasure.