I found these items in a box of fittings I purchased from the Murray Bridge area of South Australia. The area had a 250 VDC supply prior to the 240 VAC 50Hz being standard in the area.

The three pictures show the plug & socket. Unfortunately, the socket has a bit missing around the Earth pin. The markings on the back of the socket are:

The manufacturers' mark looks like a horseshoe magnet with wire around it with the letters GEC with this mark. 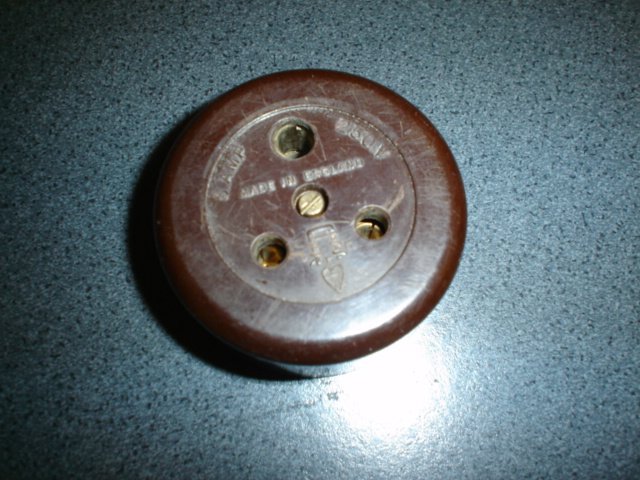 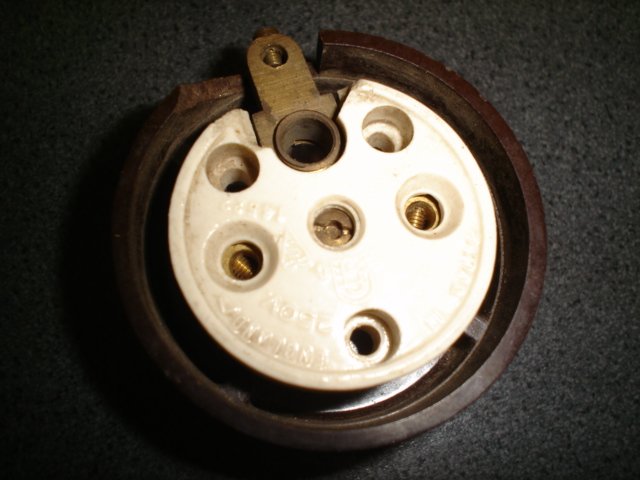 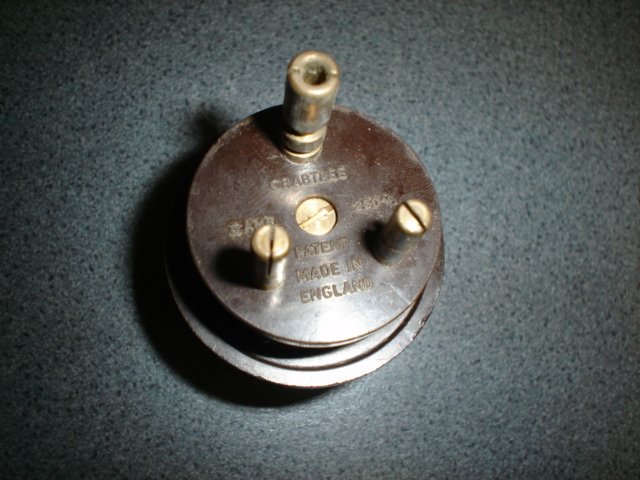 I mentioned elsewhere the possible switch interlock to prevent a switch being turned on until a plug was inserted, but there were definitely outlets which when mated with the correct plug did the opposite function, i.e. prevented you from removing a plug with the switch on. The recesses in the earth pin of that plug provided the function.

In the "old days" here, our Regs. specified that outlets on a D.C. supply had to be controlled by an integral or adjacent switch. There was no such requirement for A.C. outlets.
© 2021 ECN Electrical Forums